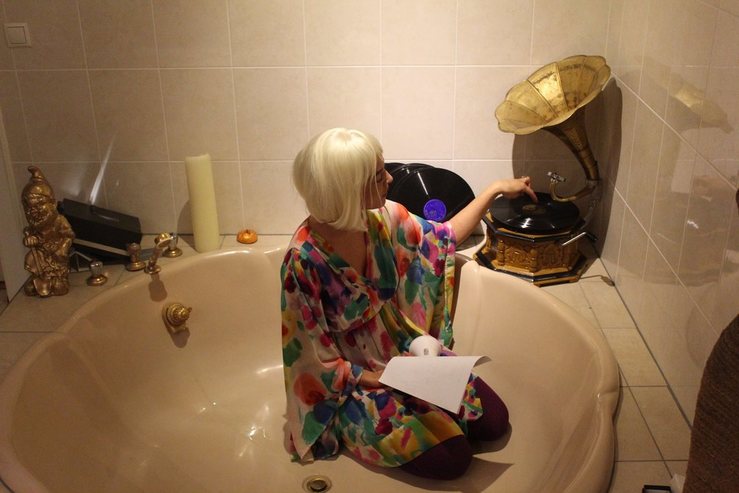 ​Fluctuat nec mergitur is the motto of Paris, France, translated "Il est battu par les flots, mais ne sombre pas": "She is tossed by the waves but does not sink".
​Following the November 2015 Paris attacks, the Latin-language motto had a surge in popularity and was used in social media as a symbol of Paris resistance in the face of terrorism.

Performance 'fluctuat nec mergitur', directed and performed by Nathalie Yacob,
in the in The Glasshouse - a Creative Living Project located in Vienna, Austria.

'Fluctuat nec mergitur' a theatrical lecture of a loveletter for Europe with the songtext "L'Europe" from the french rockband Noir Désir.
It opens up about the political, social and economic grievances in Europe encoded in a poetic language.
the glasshouse, vienna, 12/2015
​